The minutes of the August 6th meeting were reviewed; Rick Clough moved, seconded by Jim Palmer, to adopt the minutes as read. Motion passed.

1. Scrapbook – Rick Goletski has begun compiling newspaper articles for the scrapbook and Ed Schum will be passing on any of the articles that he has already collected to Rick.

2. Education committee – Brian Schoneberg continues to do an excellent job of creating posters, signs, certificates and an online google group.

3. Parade – Jan Gemmell has offered to track any suggestions from coalition members for upcoming parade events and this item will be tabled until the spring when another opportunity may arise. Terry’s singing section definitely added some life to the entry.

4. Recreational rides – These were initially instituted to allow for reconnaissance, to survey biking routes. Ed Schum also believes that these allow for the important function of coalition members becoming acquainted with one another. Despite being held on two days, Wed. & Sun. at 9 a.m., attendance has been poor. After some discussion it was decided that the rides would continue for now, but that ideas to boost attendance at them (such as the well attended Hornby ride) are welcome.

5. Harmonized Sales Tax – A letter expressing our concern with the 7% HRT, drafted by Pam Munroe and emailed to members, was forwarded with some suggested amendments to both Valley newspapers, the Premier, Minister of Transportation and MP Don McCrae.

6. Guthrie Road Bike Lane – In response to a recent article advising that the new bike lane was open, members have assessed lane and expressed appreciation at what they saw. It was noted that a path like this is needed all the way to Cumberland and along the Dyke Road

7. Proposed traffic plan for Dyke Road at Gas & Go Station – This was discussed as well as the concerns submitted by Ralph Watts.
• Ralph advised the coalition that his emails to the MOT received responses that indicate that bike lanes are not going to be implemented.
• Further discussion was held regarding issues for cyclists and potential hazards, noting that this will be a high traffic interchange and the MOT, although planning to take land for car lanes was leaving no space for a cycling lane.
• Ed reported that he has met with Jerry at MOT and Jerry has agreed to push for a cycling lane painted red at the right hand side of the through lane (for north-bound traffic moving from Comox to Courtenay). It was noted that these red cycle lanes have been used in Campbell River, Victoria and Vancouver but some coalition members believe that to be effective the general public of the Comox Valley needs to be educated further about them.
• Wilf noted that traffic entering the Dyke Rd. from the station should have a Stop sign to provide greater safety.
• The hope of the coalition is that in time consultation and consideration for cyclists will be the norm for all new construction, modification and general upkeep of roads.
• Jim Palmer moved, seconded by Sue Bloxsome, that the coalition send a letter to the MOT requesting a minimum 1.5 metre be included in the creation of this traffic plan and also indicate that this should be part of an ongoing and overall transportation plan to accommodate cycling on every road. Motion carried.
• Wilf Dreher offered to draft this letter to be sent to all members for approval.

8. Chip Sealing Pilot Project – The managers of the MOT and EMCON proposed a pilot chip-sealing project for several short distances to be followed up with feedback from cyclists.
• Ed explained the process and the cost savings that it presented to the MOT. This process has been used with success in other areas, notably Washington State, and there is hope that this will be acceptable to cyclists here. Ed will request that another sweeping be done on the roads before we check it out.
• Discussion held on how to get input from cyclists and it was decided that Brian, Doug and Terry would do a newspaper press release asking for feedback from bikers online and then organize an event set tentatively on Oct 4th inviting cyclists and MOT personnel out to test one of the locations. Ed will invite the BC Cycling Coalition to get involved. Brian will set up an online evaluation form focusing on ride-ability of the chip seal as well as safety.

9. C.V. Cycling Public Advisory Committee – The committee now has 5 members. The two members from the general public are Kris Johnson & David Livingstone and a 3rd member of the general public is to be appointed at the next meeting. Ed & Wilf met with the two current members and found them interested and knowledgeable. Wilf and the committee have met twice and are deciding how to interact with technical staff and the CV Cycling task force. Randy Wiwchar, Director of Community Services, Courtenay, and his staff are eager to participate. Wilf noted that Courtenay and the MOT are the key players although the MOT is not officially part of the process but they have some good green policies.
The CPAC have reviewed the cycling plan and identified 3 priorities.
1. The general housekeeping of roads, including sweeping and line painting. These should be standard policy and done whenever required.
2. The needs of all road users must be considered when any road is created or restructured;
3. Whenever any restructuring or modifications are made to roadways, plans should be referred to the CPAC for review; and
4. An ongoing focus on high traffic/density areas including roads leading up to and crossing the two bridges.
Brian will create a vehicle to allow the reporting of any road/cycling problems to the google group so the coalition is aware of them.

10. Traffic Count – Wilf is organising traffic counts (cars & cyclists) on Thurs. October 24th (weather permitting) of the arteries coming in to the valley and the bridges, from 7 – 9 a.m. and 3 – 6 p.m. He requires 10 – 15 counters for this and at this time still needs more volunteers. The counting packages can be picked up at the Broken Spoke (note: they come with cards for FREE coffees). The end of September is considered the accepted standard for counting and it should be done annually to create a comparison.

11. Safe Cycling Rodeo at Huband School – These will be held on Tues & Wed October 22 & 23. More volunteers would be welcome. Ed will complete an evaluation of the process to determine if and how future events will be held.

12. The Community World Education Film Festival – Organizers would like us to co sponsor the event as they have some cycling related films. Sally Gellard is requesting that some of our members preview potential films in January 2010 for showing in the festival in February 2010. We will table this to the next meeting for further discussion of interest.

13. Correspondence –
➢ Ed is receiving emails and phone calls re problem areas as well as suggestions for cycling routes including the following:
• Rick James advised of a problem area at the old Island Hwy and Headquarters road and suggested an alternative route for the area
• Brian Walker advised of problems in the Ryan Rd/Anderton area. Tim Rabbit
t will take photographs of these problems and write and email about them to be sent to Ed who will forward them to EMCON.
➢ Sierra Club – advised that they are currently trying to stop the development of the Gas and Go station on the Dyke Road and are asking the CVCCoalition to send letters to the MOT voicing their concerns about the loss of cycling lanes in the vicinity of the proposed gas station

14. Other Business
• Jim asked if we have a location on the website to post pictures to which Brian responded that they can be sent to “Cycle CV”

• Ed has asked Brian to be the co-webmaster to assist Tony Goodwin in keeping the website up to date. Brian will create a “trouble areas” site to post problems including pictures

• Jan noted that there are curbs at 8th and Cliff that have a 6” lip and are exceedingly dangerous for bikers. We will keep an eye on the area to see if the city brings the pavement area up to the curb

• Terry asked about working with other groups in the valley who have similar interests. It was noted that this is something that we can remain on the look out for.

• Courtenay has a by-election coming up. We should be asking questions to determine who is cycling friendly. 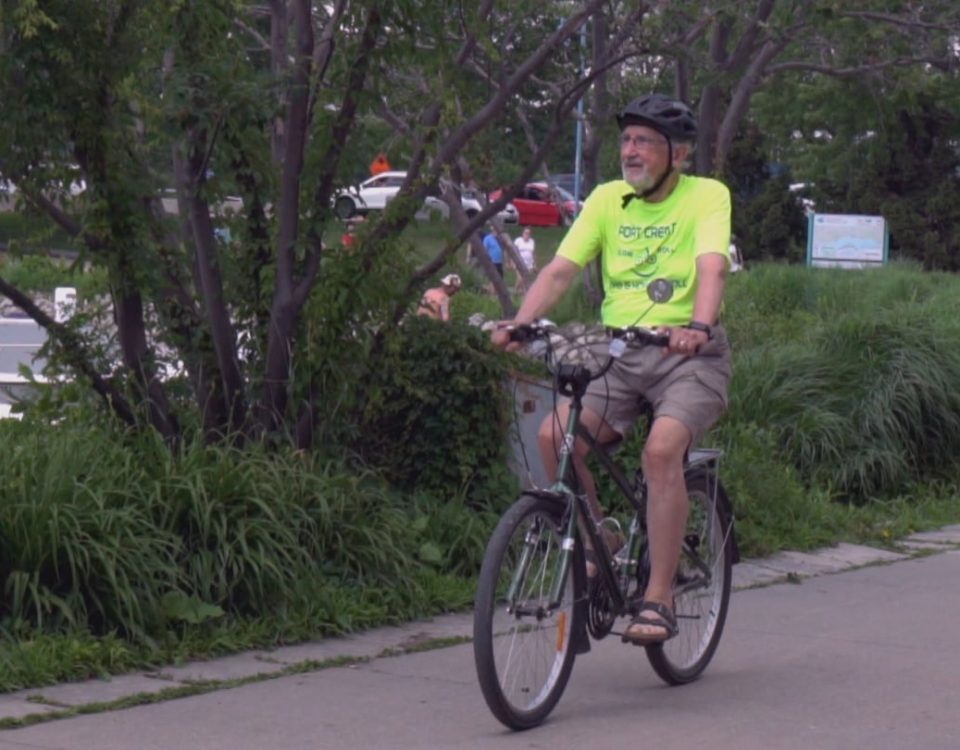