“Thanks to all the members who came to join in the parade on Monday. We ended up with a great turn out 62 cyclists of all ages riding with us. I would estimate that about 45 of them were CVCCo members and 17 non members. 62 people on bicycles looked like an impressive group and I think we made a good impression. 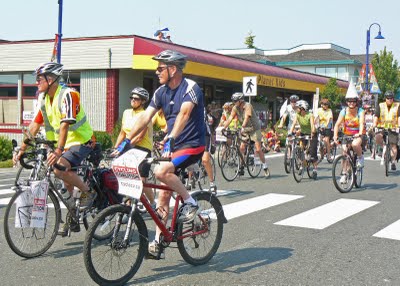 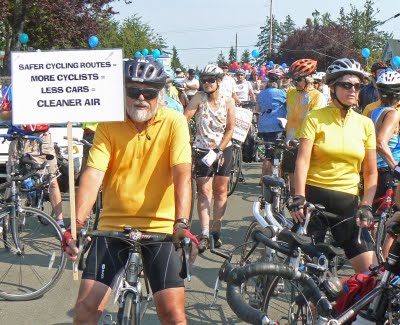 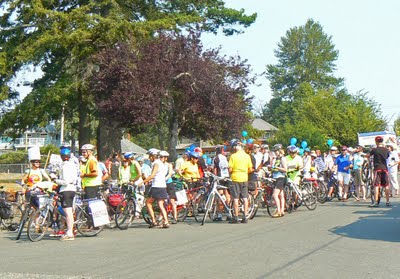 Considering that we made the decision to participate in the parade only a week ago, I think it turned out really well. 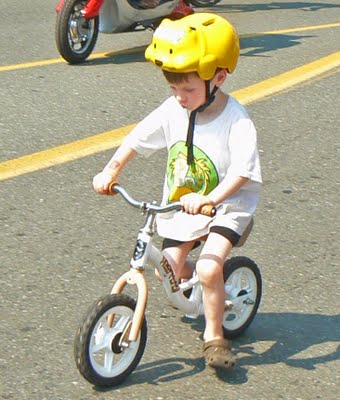 We had a little four year old boy doing the whole distance on a running bike, a teenager performing some impressive stunts on his mountain bike, and a group, under the direction of Terry Dekker, singing cycling songs. 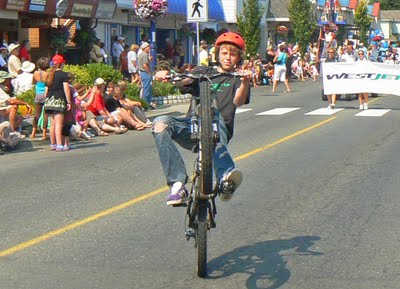 We had a variety of signs with slogans about the purpose of our coalition, and also handed out flyers with our website and vision. 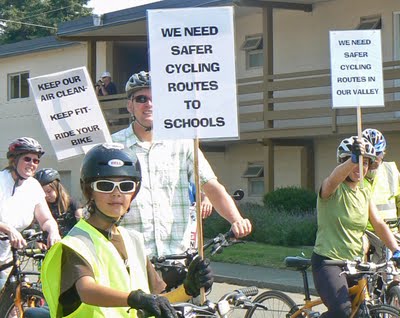 Thanks to all who helped with pulling it off. Of course, we can do it even bigger and better next year.” 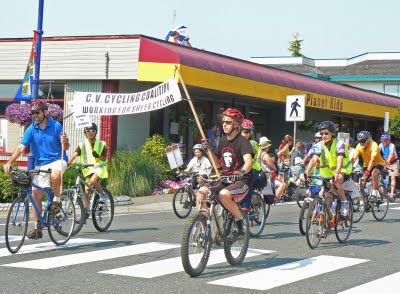